A highly inter disciplinary, collaborative approach to research centered in partnership with patients and families.

Our focus on advancing ALS therapy development has led us to investigate a broad range of topics. Pairing of deep phenotypic data with genetic and environmental exposure data affords an opportunity to identify causes and modifiers of disease. In parallel, we have pioneered novel approaches to data collection and led efforts to discover and validate biomarkers that are fit-for-purpose in both symptomatic and pre-symptomatic ALS. Progress made in these areas has, in turn, fueled our efforts to modify disease course and perhaps even prevent ALS through innovative clinical trials. To learn more, click on each piece of the puzzle below. 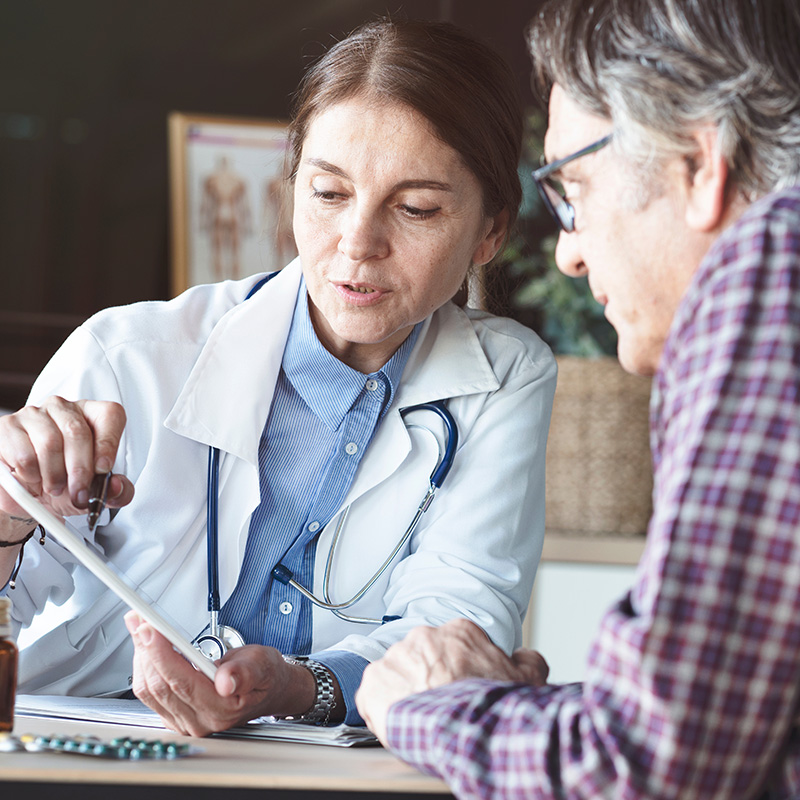 Progress towards a cure for ALS is critically dependent on your active participation in a research study. We welcome your interest and willingness to enroll in one of our studies, and we have open opportunities whether you have ALS or a related disorder, are at elevated (genetic) risk for ALS, or are healthy but willing to sign up as a control subject. See below for details of ongoing studies and information as to how you can get involved.

The Story of
Biomarkers

Our interest in Arimoclomol emerged from Dr. Benatar’s systematic review of the literature focused on therapy development in the SOD1 mouse. Arimoclomol emerged has one of the few compounds tested with sufficient rigor that we had enough confidence in the pre-clinical results to justify a human clinical trial. Moreover, the mechanism of action – co-inducing the heat shock protein response (HSP70) and promoting refolding or disposal of misfolded toxic proteins – was both relevant and novel. In designing a phase 2 clinical trial, we employed a novel enrichment strategy by including only patients with a subset of SOD1 mutations that are associated with rapidly progressive disease. This enabled us to enroll a study population that was relatively homogeneous from both a biological and a phenotypic perspective.

The results of pre-specified analyses in this small phase 2 trial were encouraging, with the impact on both survival and functional decline directionally favoring Arimoclomol. Based on these promising results, Orphazyme (a Danish Biotechnology company that acquired the rights to Arimoclomol during the course of our SOD1 phase 2 trial), decided to move forward with a biomarker-informed, international phase 3 clinical trial enrolling all ALS patients, with Dr. Benatar serving as the international coordinating investigator. We anticipate the results of this trial in the first half of 2021.

The Story of Biomarkers

We have long believed that biomarkers are critical tools to help advance ALS therapy development. The word biomarker is a hybrid of two other words – biological and marker. The meaning of the term is best illustrated through examples. Serum cholesterol and blood pressure are prognostic biomarkers of future cardiovascular risk. A urinary pregnancy test is a diagnostic biomarker of an underlying pregnancy, and COVID-19 antibodies are biomarkers of prior COVID infection or immunization. Our focus on biomarkers began with the recognition that these can be useful tools to aid drug development, but that a nuanced view was needed insofar as biomarkers need to be “fit for purpose” rather than “one size fits all”. We also recognized the need for a multimodal approach, exploring not only biological fluid-based biomarkers, but also neuroimaging and neurophysiological measures. Our approach has been informed by the need for discovery of new biomarkers, as well as analytic and clinical validation of promising biomarker candidates.

In recent years, much of our work has focused on neurofilaments, which are structural components of nerve cells that are released into the cerebrospinal fluid (CSF) and blood following nerve injury or neurodegeneration. We have found that serum neurofilament (light), but not phosphorylated neurofilament heavy (pNfH) has prognostic value, with higher blood levels at baseline predicting more rapid future progression of disease. Our data also suggest that serum NfL may have value for monitoring treatment effect in future phase 2 clinical trials. In addition to these findings, our contribution to the field has been through conceptual innovation, clarification and education.

In 2007 we initiated Pref-ALS (Pre-Symptomatic Familial ALS), a natural history and biomarker study in people at genetic risk for ALS. We aimed to identify biomarkers of pre-symptomatic disease (for example, biomarkers that might predict the timing of phenoconversion to clinically manifest ALS), with the overarching goal of preparing for early intervention, or even disease prevention, trials. Pre-fALS focused on people at elevated genetic risk for ALS based on their harboring a mutation in a gene known to cause ALS (e.g. SOD1, C9ORF72), as this is currently the only population in whom the study of pre-symptomatic ALS is possible.

A key discovery from Pre-fALS has been the finding that blood concentration of neurofilament light (NfL) increases prior to the emerge of clinical manifestations of ALS and, as such, that it may be a useful predictor of when clinical disease may emerge. This discovery has been critical in enabling us to design a trial focused on pre-symptomatic therapeutic intervention with the goal of delaying (or even preventing) the emergence of clinically manifest disease. The ATLAS trial, which is sponsored by Biogen, will focus on the use of tofersen, an intrathecally administered antisense oligonucleotide (ASO), in clinically pre-symptomatic people with a subset of mutations in the SOD1 gene that are highly/completely penetrant and associated with rapidly progressive disease.

The Clinical Procedures to Support Research in ALS (CAPTURE-ALS) study was born out of the recognition that most ALS patients receive care through multi-disciplinary clinics at specialized centers, but only a small proportion participate in research, and that there are few opportunities for assessing and improving the quality of ALS patient care. The over-arching goals of CAPTURE-ALS are to ensure that most ALS patients can contribute to research, if they so choose, and thereby to achieve a more complete understanding of ALS while simultaneously empowering and offering hope to the ALS patient community. CAPTURE-ALS aims to accomplish these goals by harnessing the power of the electronic health record (EHR). CAPTURE-ALS utilizes the ALS Toolkit, a module built within the EHR that enables clinicians to systematically collect structured data from all ALS patients at the point of care. Research questions we aim to address include: is EHR data suitable for research use? Can we broaden our understanding of ALS through the use of EHR data? And can regular, systematic review of EHR data improve the quality of ALS patient care?